Oporto Sports client Michael Appleton left his role as manager of EFL League 1 side Lincoln City last weekend, bringing to a close a near three-season spell with The Imps.

The highlight of Appleton’s time in charge was undoubtedly the 2020/21 season, which saw him guide his side to the League 1 play-off final and the semi-finals of the EFL Trophy.

Appleton also oversaw a refresh of the playing squad during his time at Sincil Bank, bringing in young talented players, both permanently in the form of Lewis Montsma and Regan Poole, and in the loan market with the signings of Brennan Johnson and Morgan Rogers. He also transformed the club’s playing style, building progressively from the back, whilst lowering the average age of the squad, and leaves them safe in League 1 ahead of the 2022/23 season.

For all enquiries for Michael, please email dean@oportosports.com 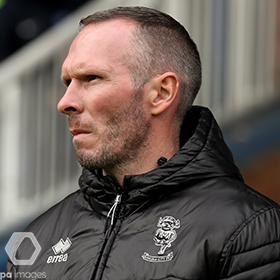