In an insightful and honest account, Oporto client and SC Kriens manager Bruno Berner has revealed the challenges he has been forced to overcome in his first role in senior management.Berner, a former Swiss international full-back who played for Leicester City and Blackburn Rovers during his time in England, recalls the advice given to him by his former manager at Leicester, Nigel Pearson. In addition, Bruno outlines the obstacles he and his team of amateur players have overcome performing in a professional league.Click here to read the blog in full.Last night (24 June), Berner’s Kriens drew 2-2 against Stade Lausanne-Ouchy to move within one point of the Challenge League play-off places, ahead of a meeting with second-placed Vaduz on Saturday (27 June).For enquiries relating to Bruno Berner, please email chris@oportosports.com 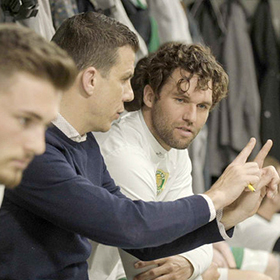