Oporto Sports would like to congratulate our client Nigel Pearson following the announcement yesterday (Thursday) that he has signed a three-year contract as manager of Bristol City Football Club.

Pearson, who has spent time in the Premier League in charge of Leicester City and Watford, will be aiming to guide Bristol City to the top flight for the first time since 1980.

Speaking about his appointment, Pearson said:  “I’m delighted to become the permanent manager of Bristol City. This is such a fantastic opportunity at a sound football club that has so much more potential.

“The Lansdowns have a long-term vision, not just for Bristol City but for sport in the area, and I’m very grateful for the chance to be at the forefront of that.

“I want to be part of a team that gets to the Premier League. It’s going to be a tough journey and we’ll need the right people on board to achieve it but I am excited about the possibilities ahead.” 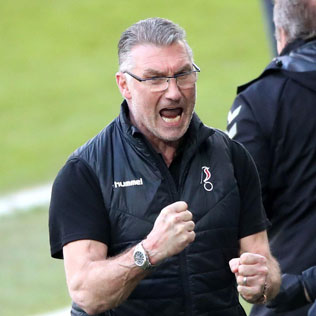