All at Oporto Sports would like to congratulate our client, Richie Wellens, in addition to the staff and players at Swindon Town, after the Robins were named League Two champions this week.

Following an Extraordinary General Meeting hosted by the English Football League, the League One and Two seasons were brought to a conclusion, with final divisional places determined by unweighted points-per-game. Wellens’ Swindon averaged 1.92 points-per-game to place them atop League Two and win the title and subsequent promotion to League One next term.

At the point league football was suspended, Wellens’ men were on course for promotion, receiving praise for the style of football being played at the County Ground.

Please email dean@oportosports.com for any media interest in Richie Wellens. 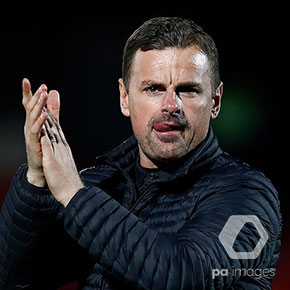