Oporto’s partner company, Forum Sports, would like to welcome talented Icelandic under-21 international forward, Arnar Breki Gunnarsson, to the agency.

The 20-year-old excelled in his first season in the Icelandic Besta deild karla (Men’s Best Division), playing under the stewardship of former Ipswich Town, Charlton Athletic and Portsmouth defender, Hermann Hreiðarsson, for IBV, who secured their status in the top flight finishing in eighth place.

Arnar was called up to the Iceland under-21s squad for last Thursday’s friendly match against Scotland under-21s, managed by Scot Gemmill, and was a second-half substitute, playing a valuable role in a 2-1 comeback victory.

Forum Sports founder and registered intermediary, James Pearson, said: “We would like to thank Arnar and his family for their time, consideration and for ultimately placing their trust in Forum Sports to represent him.

“Arnar has shown great promise and has coped with the demands of a full season in the Icelandic top flight. We are looking forward to working with him and supporting him on his career journey, as he aims to maximise his potential.”

For all enquiries relating to Arnar, please email james@forum-sports.com 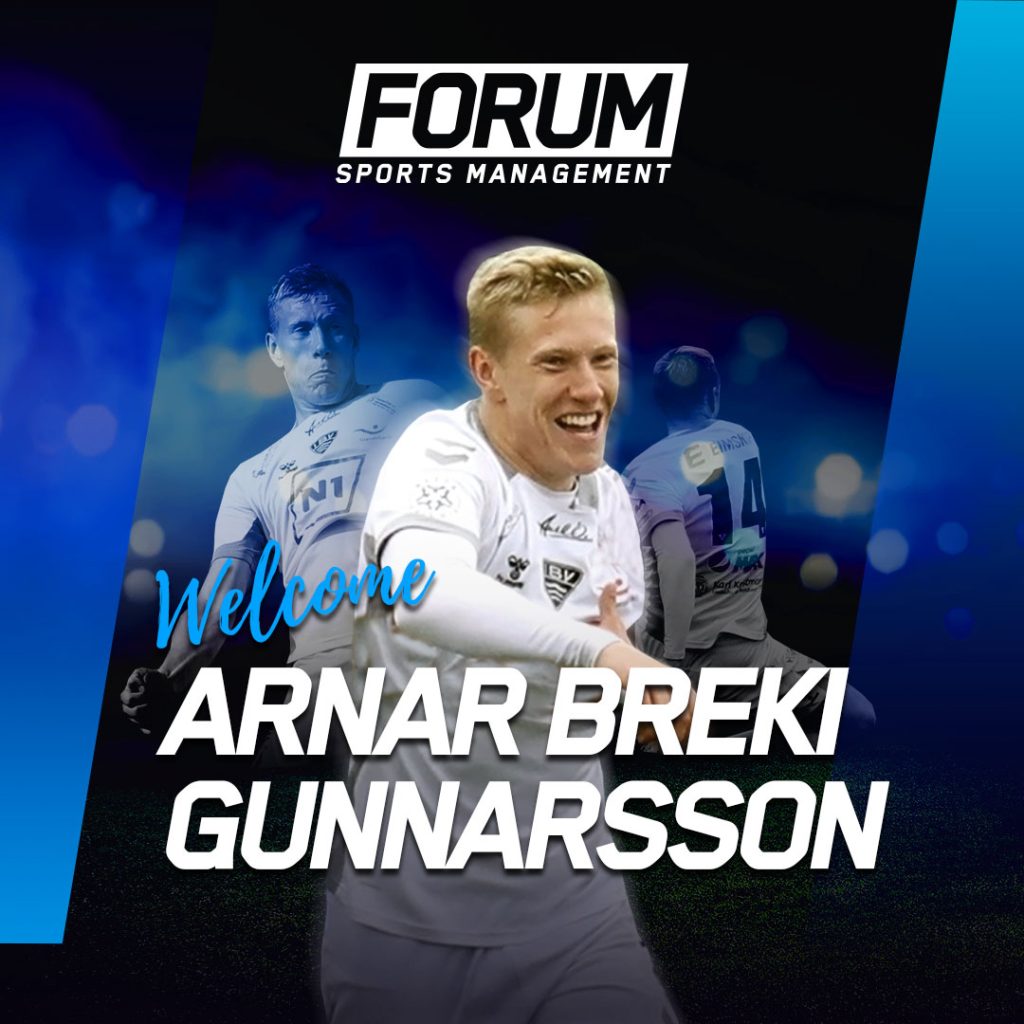