Hooper last night reported on the Lionesses’ opening game of the tournament, which saw Sarina Wiegman’s side defeat Austria 1-0 at Old Trafford courtesy of Beth Mead’s goal on 16 minutes, scored in front of a record crowd of 68,871.

Lynsey’s latest role comes off the back of a debut season as Sky Sports’ pitchside reporter for the coverage of the FA Women’s Super League. 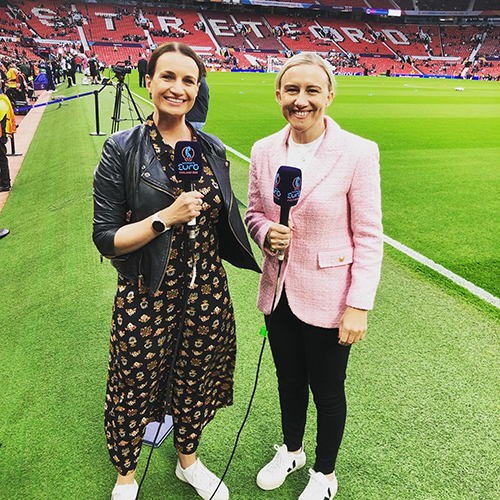