Former Leicester City Women’s manager Jonathan Morgan spoke to Oporto director Dean Eldredge for the latest fcbusiness feature ‘Managing in the Modern Game’, covering his journey from grassroots to elite level as a coach, the impact of the increased popularity of the women’s game and his own future ambitions as a manager.

Jonathan, who is currently enrolled on the LMA Diploma in Football Management and has his UEFA A coaching licence, won three promotions during his time at Leicester City and was the first manager to lead the club in to the WSL, winning the LMA Championship Manager of the Year award in the process.

To read the web version of the feature, please click here and for the print version, click here 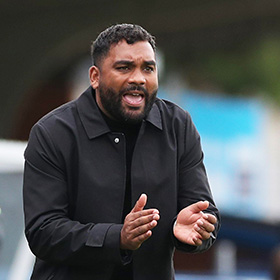