Oporto Sports client Michael Appleton has continued his impressive record in the EFL Trophy, guiding his Lincoln City side to this season’s semi-finals, with a 4-3 penalty shootout victory away to Hull City.

Appleton’s men held their nerve after a 1-1 draw to join Sunderland, Tranmere Rovers and his former club, Oxford United in the final four. Michael guided Oxford to back-to-back Wembley appearances in the competition in 2016 and 2017.

Lincoln currently sit in second place in League 1, level on goal difference with leaders Hull City, with a game in hand on them, ahead of a trip to Gillingham on Friday evening, kick-off 6pm, and a return to Hull on Tuesday evening.

For any media opportunities for Michael, please email dean@oportosports.com 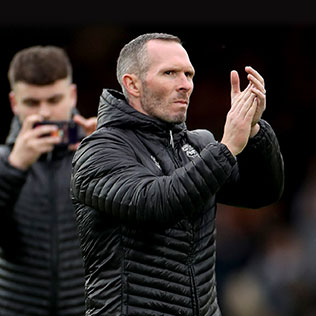