Oporto Sports is delighted to announce our client Michael Johnson has been named as the new Sporting Director of Limerick Football Club’s Academy.

Michael has agreed a one-year contract and will start immediately, working on a consultancy basis, sharing his time between Limerick and England.

The role will be combined with his current commitments as an Elite Coach with England under-21s and as a club ambassador for Derby County Football Club.

As well as holding the UEFA Pro Licence and LMA Diploma in Management, Michael graduated with a Masters in Sporting Directorship from Manchester Met University in 2018 and UEFA Masters for International Players in 2019. He has previously held youth coaching roles at Notts County, Birmingham City and Cardiff City, before guiding Guyana men’s national team to the 2019 CONCACAF Gold Cup, the first major tournament in the country’s history.

“I look forward to working with the staff and players as we aim to collectively show improvement and progression on and off the field this year.”

For the 2021 season, Limerick Football Club will operate U14s, U15s and U17s sides within the Airtricity League.

Oporto Sports would also like to thank Baljit Rihal and Dave Crennell of Inventive Sports for their contributions to this agreement.

For any media interest in Michael, please email  dean@oportosports.com 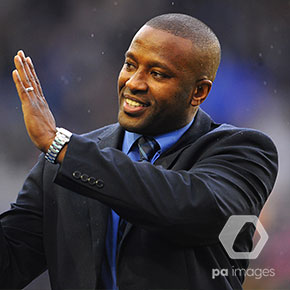