Oporto Sports client Nigel Pearson will be a guest for BT Sport’s coverage of the FA Cup third round tie between Manchester United and his former club Watford on Saturday evening.

Pearson, who left Watford in July having guided them from six points adrift of Premier League safety, to three points clear of the relegation zone, will be alongside Manchester United legend Rio Ferdinand and host Jake Humphrey, with coverage starting at 7.30pm on BT Sport 1.

Pearson recorded the highest win percentage (35%) and highest points-per-game ratio (1.25) of any Watford boss during the club’s Premier League history (Source: OptaJoe), winning seven games, including a 2-0 win over Manchester United in his first home game in charge, and a famous 3-0 win over then-unbeaten Liverpool, before they went on to win the title.

For any media opportunities for Nigel, please email dean@oportosports.com 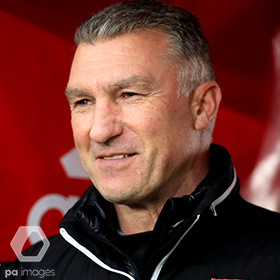