Oporto Sports is delighted to announce that former Manchester City, Arsenal and Leicester City striker Paul Dickov has joined the agency as a client.

Paul enjoyed a hugely successful playing career, including five promotions in the Football League, ten caps for Scotland and a Cup Winners’ Cup medal with Arsenal, scoring 118 career goals at a rate of better than a goal every three games.

Following his retirement, Dickov went on to manage Oldham Athletic and Doncaster Rovers, and has since worked extensively in broadcast and print media, alongside ambassadorial work for Manchester City, forging a strong global reputation in the game.

Oporto director Dean Eldredge said: “Paul is a hugely engaging character with a vast knowledge and passion for the game and we’re very proud to be representing him.

“He has worked across all levels and is a genuine, hard-working individual, with a bright career ahead of him.”

For any media or commercial opportunities for Paul, please email dean@oportosports.com 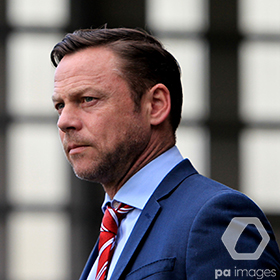