Oporto Sports client Nigel Pearson spoke to a number of media outlets over the past ten days, as he gave his first interviews since departing as Watford head coach in July.

Pearson recorded the highest win percentage (35%) and highest points-per-game ratio (1.25) of any Watford boss during the club’s Premier League history (Source: OptaJoe), winning seven games and lifting the club from the bottom of the table to three points clear of relegation with two games to play.

To read/listen to the interviews with Nigel, please click the following links:

The Ornstein and Chapman podcast

More interviews with Nigel will be released in the coming weeks. 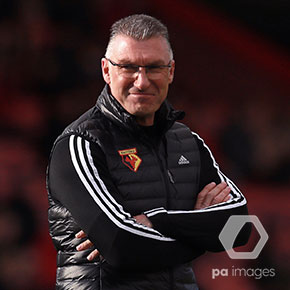