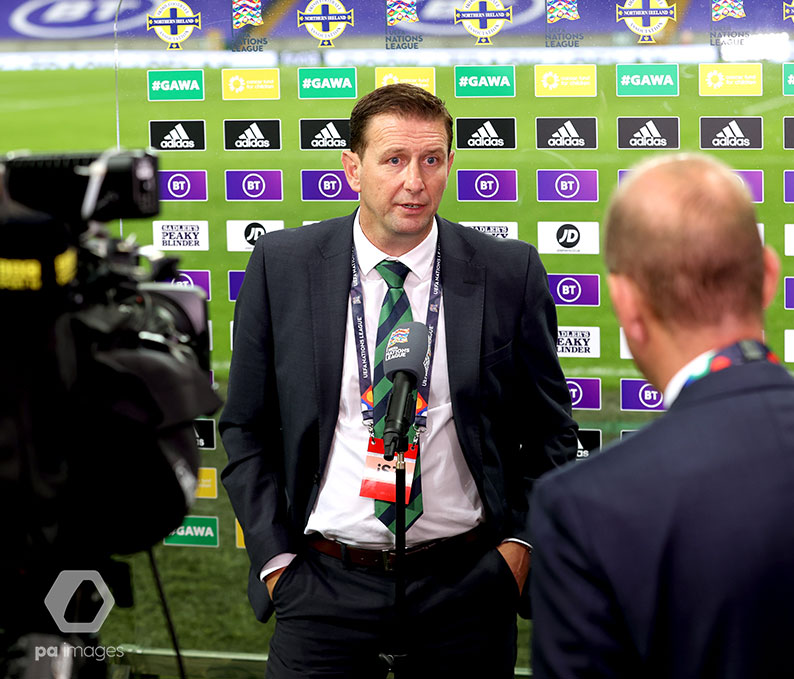 Oporto Sports is delighted to confirm that former Northern Ireland manager Ian Baraclough has signed a representation agreement with the agency.

Ian has worked with Oporto since 2013, when he was manager of Sligo Rovers, where he won the League of Ireland title, FAI Cup and Setanta Sports cup, qualified for the Champions League, Europa League and was named the 2012 Irish Soccer writers’ manager of the year.

Prior to that spell, Ian managed Scunthorpe United in the Championship, and after Sligo he retained Motherwell’s SPL status with a famous 6-1 aggregate win over Glasgow Rangers in the play-offs.

Ian was assistant manager at Oldham Athletic, before being appointed as Northern Ireland U21s boss, where he achieved remarkable away wins over Spain, Iceland and Estonia on the way to a UEFA U21s European Championship qualifying Group 2 runners-up spot.

His record with the U21s led to the top job in June 2020, where Ian’s side beat Bosnia in a Euros play-off semi before narrowly losing to Slovakia in extra time in the final. In World Cup qualifying, Baraclough achieved creditable draws against both Italy and Switzerland, finishing third, behind them in the group.

Speaking about the partnership, Oporto director Dean Eldredge, said: “Ian has a vast level of managing and coaching experience, having worked in England, the Republic of Ireland, Scotland and Northern Ireland.

“He has a reputation for helping to develop and progress the careers of young players, is an excellent coach and as a manager, I believe he has a great deal to offer and to achieve ahead of him.

“We are delighted to formalise our partnership and look forward to supporting Ian with his next career move.”

For all opportunities related to Ian Baraclough, please get in touch.
Shopping Basket