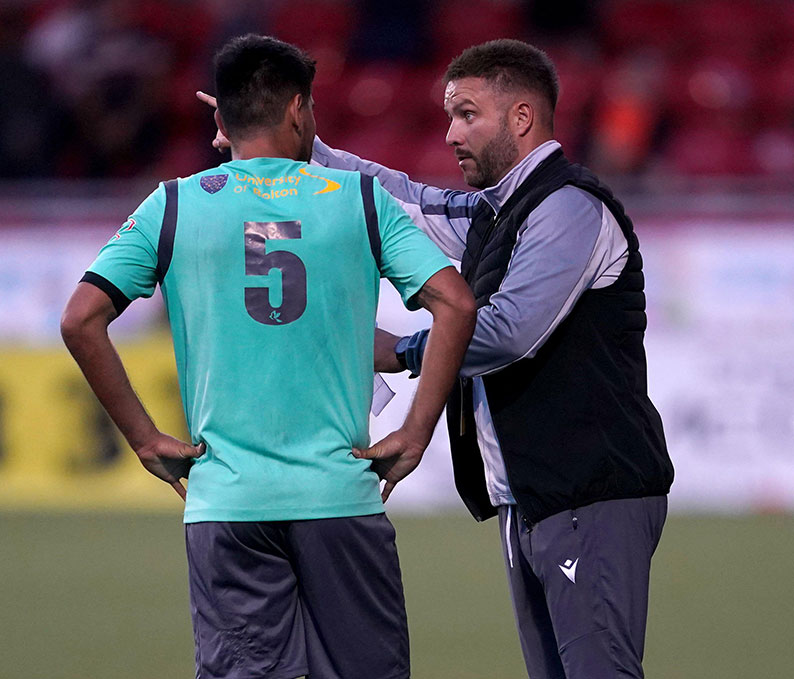 Oporto Sports is delighted to announce the signing of talented football manager Nathan Rooney as a client.

32-year-old Rooney is currently the manager of Gibraltar Premier League side FC Bruno’s Magpies, a role he started in January 2022, guiding the club from third-bottom to the UEFA Europa Conference League qualifying rounds, and the club’s first-ever cup final appearance.

Rooney’s record with FC Bruno’s Magpies has seen him deliver an outstanding return of 15 wins and one draw from 19 league matches, plus three cup wins and one win in European competition, maintaining a 78% win record during his managerial career to date.

Prior to his time in Gibraltar, Rooney has held coaching roles at Blackburn Rovers and Fleetwood Town, was assistant manager of Crawley Town, first-team coach at Carlisle United, first-team manager of Colne Football Club and head of coaching at Port Vale.

Speaking about the agreement, Oporto Sports director Dean Eldredge, said: “I am very impressed with Nathan’s ambition and drive to be a successful manager and coach. He has vast experience and displays a maturity beyond his years.

“We are very proud of this partnership and see Nathan as having a strong managerial future ahead of him. We look forward to supporting Nathan with the full backing of our growing agency.”

Nathan has the UEFA A licence and graduated with a distinction from the LMA Diploma in Football Management. He is currently applying for enrolment on the UEFA Pro Licence course.

For all enquiries for Nathan, please email dean@oportosports.com
Shopping Basket