Oporto Sports client and Stevenage manager Steve Evans has had a week to remember.

Sitting in second position in League 2, chasing promotion, it was announced last Saturday that the club was rewarding him with a two-year contract extension in recognition of the good work since joining Stevenage last season, and saving them from relegation.

24 hours later, Steve was featured in The Sunday Times in an in-depth interview with Jonathan Northcroft. The feature looked back at his playing days, formative coaching years, his influences, and the players he’s worked with.

That same afternoon, Evans inspired his Stevenage side to a shock 2-1 victory away at Premier League side Aston Villa in the FA Cup third round thanks to two late goals at Villa Park.

Stevenage will now travel to Championship side Stoke City in the fourth round.

To read more on this landmark week for Steve, please click the links below:

For any enquiries for Steve, please email dean@oportosports.com 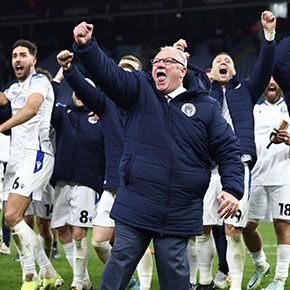